Pink Floyd’s Final Cut was released at a time when no-one really knew what was happening with the band. We were still riding the wave from The Wall and stuck in the lingering rip current of Wish You Were, the meanderings of Animals, and the magic from Dark Side Of The Moon. We where euphoric, but members of the band were barely speaking to each other.

That whole fascination with The Wall here was a little weird. Everyone was going “We don’t need no thought control”, but not many listeners seemed to become noticeably more socially aware. Kind-of like a pocket revolution, if you will. It’s small, and no-one will ever see it.

But it was four years since Pink Floyd’s last album and records had to be made. Roger Waters was the only one with ideas. David Gilmour had lost interest and wasn’t writing, Nick Mason had become more involved in creating sound-effects than drumming, and Rick Wright had had enough, upped and left – thus leaving Pink Floyd as a somewhat troubled trio.

The problem was that Waters’ ideas where still mostly leftovers from The Wall. His preoccupation with World War 2-related hardships, the death of his father in that war, and the effect it had on him since childhood, had been made clear to the point of almost being exhaustive. Because it was such a personal issue, the effect would have been lost on a follow-up – especially to one of the most popular and controversial albums ever to have been made up to that point.

Then, out of the blue, the last person on earth you’d expect to be of any use stepped up and saved the day.

The political situation in England with a draconian Thatcher at the helm, and her sending the troops half-way around the world in order to regain control over the tiny Falklands Islands from Argentina in 1982 in particular, provided sufficient irritation and impetus for Roger Waters to re-write most of the songs he had offered for the follow-up to The Wall. Because no one was talking, Waters had been writing songs without any involvement from the other members of the group, so didn’t have to be cautious or compromise. David Gilmour could focus on what he did best – playing guitar. Nick Mason’s preoccupation with sound effects and new technology would come into excellent effect in providing an extending soundscape for the songs. Sadly, the absence of Rick Wright would allow for open, more spacious music.

Somehow, all that was wrong with the band at that point would contribute to a refreshing creative shift. One that would effect a(nother) partial re-invention of the band – both musically and as newly-relevant social commentators – acutely aware of what was happening on England’s political landscape. Pink Floyd could now provide fresh commentary on current issues instead of still dragging WW2 around with them.

What we really ended up with was Roger Waters featuring an array of brilliant session musicians, and two other guys from Pink Floyd. From a Pink Floyd point of view this was ridiculous, but looking at it objectively, this was not such a bad thing.

The Final Cut is an album of superbly crafted stories and brilliant musicianship. The lyrics are perfectly supported by the music and an almost tangible soundscape that flows through the whole album – linking the songs as a continuing story.

In dealing with contemporary issues in such a fresh way, Waters’ masterful story-telling and vulnerable, slightly awkward vocals remind me a bit of Syd Barrett’s stories, though very different in subject matter. The Final Cut would be the last Pink Floyd album to feature Roger Waters, making the link back to Barrett quite interesting. A full circle, almost…

You should probably listen to this album again.

‘Not Now John’ by Pink Floyd [The Final Cut]:

‘When Tigers Broke Free’ by Pink Floyd [as used in the film The Wall]:

The initial exclusion of ‘When Tigers Broke Free’ from The Final Cut had seemed strange to me, and I always felt that something was missing. The 2004 CD re-issue of the album eventually included this song as an integrated part of the track-listing. It had only been available as a single and in the film The Wall in 1982, as a re-issued promotional CD single in 1990, and in a slightly different mix on the Echoes collection from 1991 before. Eventually, after 20 years, The Final Cut was completed.

“…would Maggie be pleased?” 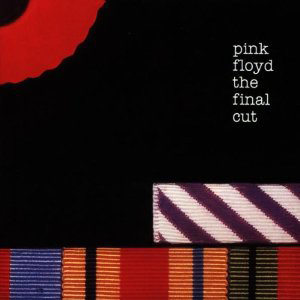 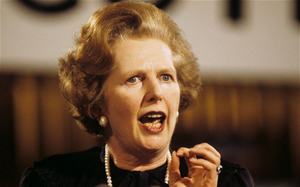 (Images used for illustrative purposes and without express permission. If you’d like to object to their use, or give me permission for their use - please let me know.)