What comes to mind when you think of Uzbekistan?

Maybe Ewan McGregor? Did they go there in ‘Long Way ‘Round’?

Nah, that was Kazakhstan.

You were correct in guessing that it’s somewhere in Central Asia. But more accurately, it’s tucked in between Tajikistan, Kyrgyzstan, Turkmenistan, Afghanistan and Kazakhstan – where Ewan and Charlie went. Look for it on Google Maps. It’s North of India.

Since I heard The Drummers of Burundi in 1992, and Papa Wemba’s album Emotion in 1995 (by which time I had already developed an admiration for the music of Peter Gabriel – specifically through Peter Gabriel 4 and the soundtrack to Birdy), releases on the Real World Records label started getting under my skin. Real world music was being presented – and eventually being recorded – with proper attention to detail. Most of the earlier / other recordings seemed to leave much to the imagination. The structure(s) of the performed music, often with significant aural contrasts between power (usually percussive) and subtlety, never seemed to translate accurately. I first became aware of this problem during my first trip to Swaziland where I saw and heard – for the first time – a live performance of traditional Swazi music.

I’d gone to Swaziland to be out of South Africa on the date I was supposed to report for compulsory military service – thus legally avoiding having to do so. It was beautiful, and scary.

A little taste of the Drummers Of Burundi:

Besides the relatively well developed South African ‘traditional’ music industry – mostly due to the efforts of the Gallo Record Company who had been recording artist like Ladysmith Black Mambazo, Mahlathini and The Mahotella Queens, Miriam Makeba, Hugh Masekela and others – recordings of ‘non-western’, ‘traditional’ music I’d heard always sounded like cataloguing exercises that vaguely reproduced performances. One microphone and one take. Much like the difference between a selfie and an Annie Leibovitz portrait, with the exception of the amount of takes for each. The spirit and energy of the music was absent. It was not inspiring, but unlike with selfies – I’d always been intrigued.

‘Umuntu Ngumuntu’ by Mahlathini and The Mahotella Queens:

Peter Gabriel’s Real World Records and the WOMAD movement was changing the way we were exposed to styles of music that we weren’t generally accustomed to – traditional / folk music from countries we’d glanced over while studying geography at school. My intrigue was being rewarded.

In 2003 I came across what has since become one of my favourite Real World releases. Sevara Nazarkhan is a singer from Uzbekistan – that place in Central Asia where Ewan and Charlie didn’t go. Sevara sings, and also plays a doutar. A doutar (or dutar) is a guitar-like instrument that comes in various forms and originates from Central Asia. The album, Yol Bolsin (translated as ‘Where Are You Headed’ or ‘Where Are You Going’), was her first Real World Records release. Of course – as it should be – the cover is rather striking. All red-ish orange-ish, with an image of a woman (the artist) in a long red dress. Not so easy to describe accurately – so have a look at the images below.

What I found inside was even better. Warm and delicate vocals flowing through sparse layers of sound: a handful of traditional instrumentalists providing accents within a space created by subtle electronics, elegantly produced by Hector Zazou – a name you may have heard through his work with Mark Isham or Ryuichi Sakamoto. Warm, earthy vocals, sparse instrumentation and delicate electronics. The kind of music that transports you to another world.

Sevara’s ability to control her voice and pace her delivery is very powerful. On her next Real World release in 2007, Sen (translated as ‘You’), her voice comes to life even more. However, the electronic backing – this time by Bruno Ellingham (who had worked with artists like Joi and Moby) and Victor Sologub – somewhat lacks the sophistication of the previous release, and tends to overpower the sensitive acoustic instruments. Fortunately it doesn’t detract from the overall package too much – but it is noticeable that we could have been heading for an appearance on the next Buddha-Bar compilation. Some people might think that’s cool. I didn’t. I wrote to her and noted my concern. In reply she asked if I knew about the follow-up album which had (then) recently been released independently. I hadn’t, and at the end of a conversation she very kindly sent me a copy.

Bar her kindness, this album would surely be a test of Sevara’s musical integrity, and in which direction she may have been coaxed. The album is the 2011 release, Tortadur (translated as ‘It Attracts’).

You know when you see those documentaries on television about some desolate, godforsaken place in Eurasia, and there’s people singing in high-pitched voices, accompanied by what seems like a single-string guitar that goes pling-pling-pling (now identified as the doutar) and it’s interesting while it lasts but it’s not like you’re going to bother to check the credits at the end of the program to see who it was – if you even remember it? You know what I mean? That stuff they dug out of library? Of course you know!

This is not it!

The bells and whistles had been set aside for very simple accompaniment of almost nothing on traditional instruments, with Sevara’s incredible vocal control and pacing keeping a tight reign over proceedings. The slow, brooding songs can become a bit heavy-going, and if you’re not committed to letting the music lead the way – you’ll probably end up only being able to process a couple of songs at a time. If you free your ears you might not be able to get this album out of your player. Tortadur doesn’t take you to another world. It gives you a sense of peace that makes you feel like you’ve always been there.

Sevara has released two more albums since then which, unfortunately, I haven’t heard yet. She also had baby girl in May 2016.

Her official web-site doesn’t seem to be maintained regularly, but has links to her Facebook page and the Real World Records store, which I can’t link you to directly from here… 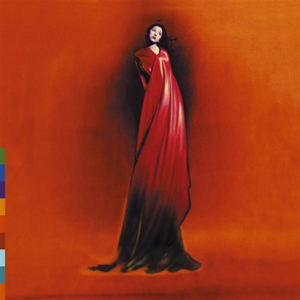 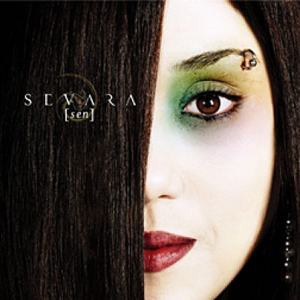 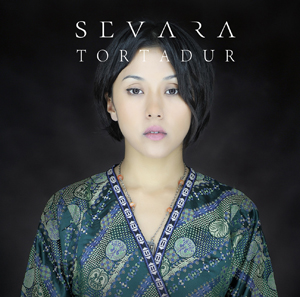 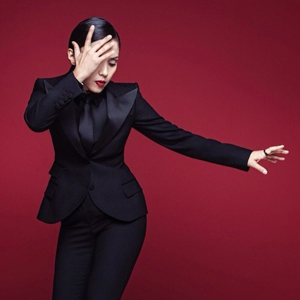 (Images used for illustrative purposes and without express permission. If you’d like to object to their use, or give me permission for their use - please let me know.)

I put these videos down here instead of up there because they didn’t really seem to do the music justice. Have a look (or a listen) anyway…