You may think this is a strange place to start my album based reviews, but all things considered – what did you expect?!

Sandra Bernard was once notoriously well known for being a hot lesbian who had a thing with Madonna. Right? Actually, she’s a stand-up comedienne who has been active since the late Seventies; has appeared in a Martin Scorsese film [The King Of Comedy]; featured on Roseanne for six years; been in Playboy magazine and has released a string of albums – two of which are music – the rest comedic. She was most successful during the Nineties. She’s still pretty active, but the list would be long, so look it up yourself.

‘Excuses for Bad Behavior Part 1’ is Ms Bernhard’s first release that concentrates on music and – for the most part – is a bit random and awkward. However, there are a couple of tracks which are quite plausible and can easily get lost in the mix. Here – if you’re not a pre-determined fan – you clearly have to be selective to get to the better stuff.

Production by Mitch Kaplan and Derrick Smith and Ted Jensen’s mastering skills have made the album really cohesive, which – maybe strangely – makes it easier for the good stuff to get lost.

The first track that really catches your attention – ‘Manic Superstar’ – is a mash-up of sorts of Jimi Hendrix’s ‘Manic Depression’ and ‘Everything’s All Right’ from Andrew Lloyd Webber’s Jesus Christ Superstar. This is a pretty clever mix and believably pulled off.

A couple of cool lounge-y / disco-y tracks [‘You Make Me Feel (Mighty Real)’, ‘Who Knew’ and ‘Prophecies’] are good for background music while having cocktails on the balcony and might lead to a little unconscious foot-tapping, but when Sandra tries to get all serious [‘Innocence’, ‘The Letter’] – you’re either going to get teary eyed, or you’ll take the CD out of the player and burn it. Some of her references – to herself and the ‘lesbian community’ – are mildly entertaining, though.

Sandra’s ability to sing should not be questioned. Just her ability to find an audience within a music loving community. She just hops around between commitments too much to maintain musically cohesive integrity.

Sandra’s interpretation of ‘Sympathy For The Devil’ is almost beautiful. It’s lounge-y, clear and sincere. That might sound odd. Too bad. It’s one of my favourite Rolling Stones songs, and I’m not often impressed by cover versions.

’50 Ways To Leave Your Lover’ is another cover, and also one of the better executed tracks on the album. Sandra is good at performing other people’s songs. Her selections here are suited to her and she does them with a sense of confidence that is not present in the own songs.

Unless you’re a huge fan of Sandra Bernhard – don’t pay more than the price of a packet of cigarettes for this album (if you can find it…). 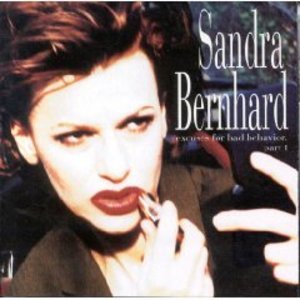 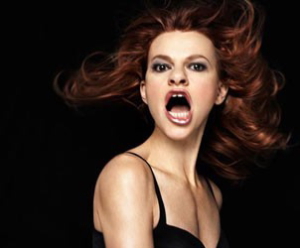