With the exception of ‘One Hot Minute’ I’ve never been a great fan of Red Hot Chili Peppers.

However the song “Factory of Faith” from ‘I’m With You’ (released in 2011) came up on my playlist and caught my attention. Not instantly recognizable as a Red Hot Chili Peppers song probably helped. The five year break since ‘Stadium Arcadium’ probably also helped. So here goes another listen to the album…

It seems that the band has somehow (finally) reached a point where trying to be something has finally been taken over by just being who they are. There’s an ease to the flow instead of an angst-like urgency – not unlike what you’ll get on ‘One Hot Minute’. The production doesn’t even smell like Rick Rubin, so there are quite a few strange things happening here. The atmospheric layering on “Even You Brutus?” has moments that make you think they (or you) have been listening to Pink Floyd’s ‘Atom Heart Mother’.

There’s still the lyrical silliness that often comes up in their work (“Ethiopia”) and generally a familiar tone to everything, but they might just have grown up. So if you really like The Peppers you’ve probably bought the album already. If you’re not really all that familiar, this could make for an eased introduction.

But wait… Is my first post really about Red Hot Chili Peppers?! Oh No!! 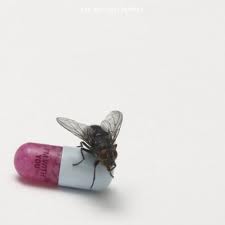