Hot Hot Heat [You Don’t Get to Quit]

I was on my way to the Cape Town edition of RAMfest. Last year was my first excursion to this event. Then it was sprawled over three days and, I believe, very well presented. Funny thing: I got slightly lost on the way there. It was dark, and I’d never been to Nekkies Holiday Resort, o.k.…!

This year’s format changed to a one day event. I don’t know the details but I assume it was to streamline a National Tour type movement covering 5 cities in 5 days. Pretty spectacular to pull that off successfully, I think. So despite an initial feeling of slight disappointment, I set forth to go and do what I do. It‘s all about the music. Yes really. And taking photographs. I love it.
The venue had also been changed to the Cape Town Ostrich Ranch – a twenty minute drive from Cape Town. I was wonderfully close to home.

I got lost. Trying to follow the Google maps route was not such a good idea. Their positioning of the Ostrich Ranch is… well, it’s wrong. But I had no idea. I took the last major turn-off before the actual turn-off (I found out later), and spent the next hour thinking “It has to be here somewhere” while driving as if I knew exactly where I was going. I eventually got some real directional advice from a biker who was out with what I assumed to be his wife, who had just got her own bike. I envied them. For their bikes, and at that point: their much lower fuel consumption than my form of transport.

Within ten minutes I was at the ranch - not an ostrich in sight.

I parked my tired vehicle, prepped myself and headed for the only place I heard music coming from (and closest to the entrance). The ‘electronic’ stage. Then I moved on. It was hot. Very hot.

The lay-out for last year’s event allowed me to keep walking in a circle and get to see or hear something interesting soon enough.

The L-shape for this year was probably good for logistics (except possibly quite a trek to get to food stalls and nothing entertaining between the main stage at the one end of the L, and the ‘electronic’ stage at the other end). (And while I’m raising possible objections: no obvious / clearly visible medical facilities. There was a medical tent, but if you consider the heat and silly things some people do when they have their moments of unsupervised freedom without the necessary experience, it may be advisable to have medics as blaringly obvious beacons. That’s all that niggled me slightly, but I’m not here to complain.)

I planned to follow the same modus operandi as last year, despite this risk of having the hoards in the beer tent who may have noticed me think they were watching a tennis match – me being the ball. Keep moving.

The main stage was doing endless sound-checks. Eventually I only made it back to the electronic stage twice - catching a whole two acts there in the process.

Then I found a little corner in the shade of an energy drink sponsored tower to retreat to in my battle with the heat of sun between bands until the temperature dropped. Later I found some friends who’d annexed a little spot of shade and a straw bale and spent some time with them.

I won’t get into the little detail of every band. If you were all that interested you would have been there. Right? So I’ll save us all the trouble and quickly highlight a handful of notes:

It was very hot. I think I may have made reference to that.
All the bands playing the main stage put on extremely credible performances (despite the heat).
Watching Gareth Norwood - the bassist from Newtown Knife Gang - go wild is (I assume) almost as awesome as watching Lemmy stand still.

Respect to Francois Van Coke and Wynand Myburgh. Here with Fokofpolisiekar, they are probably currently one of the hardest working rock and roll duos about.

Hanu De Jong (this time with The Narrow) was - on close inspection - suffering from the rigors of the long distance traveler but, together with the rest of the band, put on another blistering show – managing in the process to thump a dent in the stage that took a while to fix. Always impressive, committed and fun.

After the delay – and in keeping with the theme for the day, the stage was ready for spectacular show by the band all the kids came for. In Flames. They seriously ROCKED! Even more impressive than their actual performance (for me at least) was the fact that at the end of their set, vocalist Anders Fridén got off the stage and took the time to shake hands with practically everybody in the crowd that was close enough to shake hands with. (Did you notice how short he is?) I was impressed. Very impressed. It is that stuff that makes me pay extra attention to a band. It hasn’t made me like The Parlotones’ music more though…

Did I forget to mention Awolnation somewhere..? Thought not.

The kids loved Infected Mushroom and I stayed as long as I could. Somehow the translation of an electronic collective into a stage rock type act fronted by a stick-waving vocalist just doesn’t manage to hold my attention for too long, and it seemed to be time for my next adventure: going home…

There are also other advantages to leaving at this point in a show. If you leave before the very end – you can get out of the parking area quickly. I usually stay till the very end. Just so I don’t miss anything. With the extra long morning trip still on my mind, I thought it best to capitalize on any shot-cuts I could. So off I went. Into the night.

I took a wrong turn. Again. Despite noticing the short string of cars behind me take a right-turn at very dark intersection, I thought I knew exactly where I was going and I turned left. I soon noticed that the moon was on the wrong side of the road and that I was traveling North instead of South. I spent another hour thinking “There’s got to be a sign somewhere” - hoping to find something to give me direction. Wherever I was had no road signs. Until I eventually reached a t-junction indicating that I’d been on the Old Malmesbury Road. This is far from where I was supposed to be heading, but at least here I could make a decision to turn and drive in a direction that would eventually get me closer to home. Where was the moon? I checked and made a right-turn and after quite some time – found Durbanville. I was in familiar territory with streetlights and road signs.

After a long day’s driving and a great RAMfest experience - I got home and when to sleep. 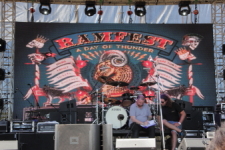 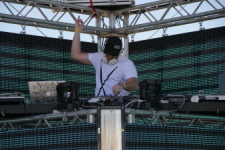 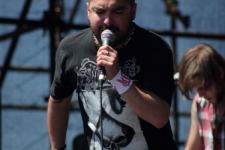 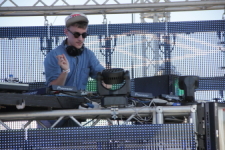 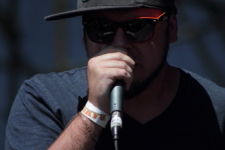 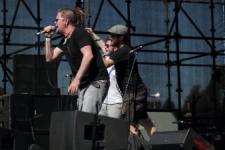 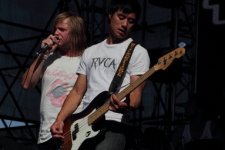 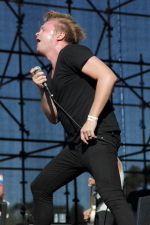 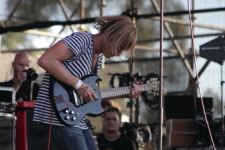 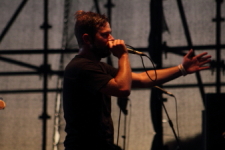 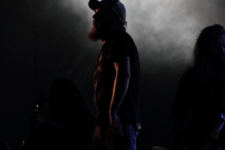 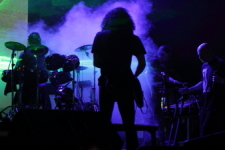