So where did I dig this out…?

I understand the fascination with Tubular Bells. Everything about it. The one-man band. The intricacies of the production. The first release on Richard Branson’s Virgin Records label…

I don’t own Tubular Bells.

In 1982 Mike Oldfield released an album called Five Miles Out. If you where an absolute fan of Tubular Bells [six albums and nine years earlier] or his work up until this point, you may not have appreciated his venture into the easy listening Pop market. Oldfield’s work had mostly involved intellectual [and largely instrumental] ‘Progressive’ musical forays. However, delving into more conventional songwriting [and finding a good balance between the two] was probably a significant contribution to Oldfield’s longevity. Can you sing along to any of the tracks from Hergest Ridge? Do you remember the album? It only has two tracks.

Balancing extreme musical experimentation with well crafted radio friendly songs is not something many recording artists can do successfully. Right now I can’t think of any besides Mike Oldfield… He does it well.

Five Miles Out starts off with a distinctively Mike Oldfield ‘Taurus II’. A layered dance through a variety of finely timed tempo changes. It’s almost like a prelude, with snippets of a variety of musical themes – perfectly assembled. These kinds of tempo- and theme changes are only listenable if they are well constructed – like they are here. There is a Celtic theme that runs through this piece and is echoed in other parts of the album that conjures up notions of celebration, drama, solace, romance… ‘Taurus II’ is the concise guide to musical Celticism. It’s fantastic, and with all its twenty four minutes length already makes the album worth it. To followers, the use of the theme of ‘Taurus I’ from Oldfield’s 1980 album QE2 makes a notable appearance.

The second track [or the first track on side two if you are able to reference historical formats] is significant in that it is Mike Oldfield’s first true venture into recording Pop songs. If you’re a more casual fan, ‘Family Man’ will be recognizable due to it often appearing of collections and compilations. You may also remember that it became a big hit for Hall & Oats back in the Eighties.

‘Orabidoo’ picks up parts of the main up-tempo theme of ‘Taurus II’, but is mostly a much more subdued and meditative piece.

The familiar and slightly ominous title track ‘Five Miles out’ closes off the album.

With only five tracks and being just under fifty minutes in length – you’ll be left feeling a little like you want some more. Not because it was short or you feel cheated, but because when the music stops, it has taken you on such a ride that whatever else is going on around you will seem totally unfamiliar. The good thing is – if you own this album – you can take the ride anytime you want.

Surely worth the petrol money for a day trip around the Cape Peninsula - including a hearty lunch along the way. 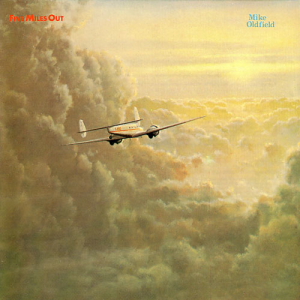 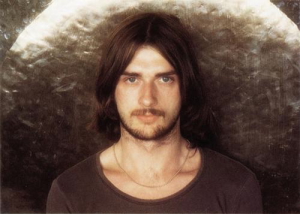