Norway has produced some fine things over the years. Things like snow. And Vikings. Musically speaking, the ECM label introduced us to some Norwegian jazz musicians: Jan Garbarek. Terje Rypdal. Misfortune introduced us to some people who were probably blinded by the snow; and therefore thought they were Vikings. These people formed groups and also made music. Borknager, Enslaved, Dimmu Borgir. In fact – much of the better known Black- and Death Metal bands are from Norway. Much of it purports to be evil and Satanic. The use of cheesy keyboards is prevalent. I know for a fact that most is it is rubbish.

So when you think of Norway and music – usually you’d think of Jazz and sometimes of Death Metal, but when you hear of a band called Ungdomskulen who play neither of the above-mentioned forms of music – you know you’ve probably come across something quite different. So wot’s…uh the deal?

In 2007, the Norwegian band Ungdomskulen released an album called Cry-Baby. I don’t think I’ve ever heard music that is this difficult to describe. It is not Jazz. And it certainly is not Death- or Black Metal. The encyclopedias call it Progressive. They usually say that when they don’t know how to classify music. Picture (maybe) Pixies – the band – playing versions of Tool songs while trying to sound the Springbok Nude Girls. Backwards. With ear-pugs. In a daisy field. After listening to Frank Zappa’s Playground Psychotics non-stop for five days.

Yes. It has many angles. Unfortunately the initial impression – that you’d get if you hear it coming from behind a bedroom door while washing (someone else’s) dirty dishes in the kitchen – is a messy noise. If you’re paying attention – to the point that you’ve forgotten about your dirty dishes in the kitchen – you’ll pick up that the music is precise, accurate and purposeful. Sometimes [‘Feels Like Home’, ‘My Beautiful Blue Eyes’] it’s almost happy. Like Hippies, but ones that have direction and are schooled in their instruments and general musicianship. But Ungdomskulen’s music refuses to be characterized by any conventional method. As soon as you think you’ve found something to latch on to – the music will give you something else. Possibly something like… um, Viking Snow… Just different. (And not the tires.)

You may (at first) be put off by the noisy element of Cry-Baby, but give it the attention needed and it is definitely worth a bottle of Vodka and a big packet of slap chips. 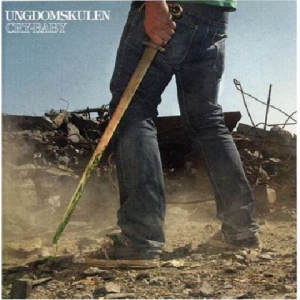 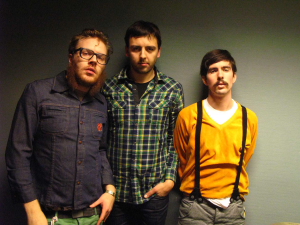