Time does heal some things.

One of these is the caution I often display when first listening to new or changed personnel in pivotal roles in bands I really like. Like Black Sabbath that isn’t Ozzy, Tony, Geezer and Bill. I’ve spoken about this in my ‘Cross Purposes’ review here, so won’t get into this again unless coaxed.

When ‘Dehumanizer’ was released in 1992, I also didn’t quite get it. Often with the personnel changes also come stylistic changes, and this change (technically a reformation, but that’s not important for now) seemed odd. It sounded tinny, and bass heavy. No actual mid-range work to give the bass drone and treble pitches their place.

The version of this album I got was the 2011 re-issue with the bonus disc of live material from that era. These live recordings are great. They seem to take the awkward edge off the studio work and add just the right amount of cohesion to generate a suitable amount of appreciation from me for them. This has enabled me to listen to the original album with a slightly changed aural attitude.

The album still doesn’t flow well, but I haven’t tried changing the track order to make it work better yet. The songs are good. They’re heavy and powerful. Tony Iommi’s guitar is menacing. Geezer Butler’s bass is as doom-ridden and active as it is at his best. Dio’s vocals are really good. Relaxed and flowing, but with a little grit replacing the high end of his ‘Mob Rules’-era soar. The slight let-down is Vinny Appice’s drum sound. A big cardboard box comes to mind. It’s probably not as bad as I it might sound like I’m making it out to be, but it has remained a slight agitation for me.

Production was done by Reinhold Mack, who has many years of very creditworthy of work on his list of achievements, but may not be accurately matched for this kind of heavy.

This should be listened to at high volume, with lots of space in the room for air guitar, air drumming and vocalist posturing. You’ll feel brilliantly rejuvenated if can just let it all go for 53 minutes.

Worth a long drive into the country with a good boom box or audio set-up in your car if you don’t have a large enough room at home. 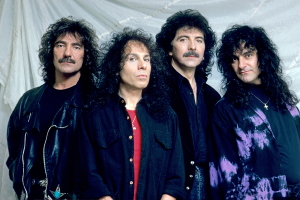 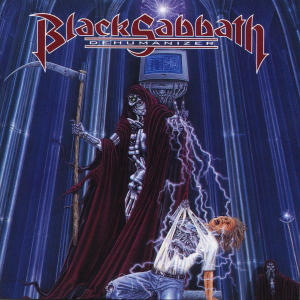 Since Ozzy left, Black Sabbath has undergone so many personnel and stylistic re-alignments that much of the music produced since has only caught me on the rebound.

We all know that Black Sabbath is Ozzy, Tony, Geezer and Bill… and then Ronnie, and Vinnie, then Ian, then Glenn, Dave, Eric and Tony. Then Cozy and so on. However, Tony Iommi has been the only constant member of the group. In a way we should be grateful for Iommi’s willingness (and ability) to keep the Black Sabbath brand going, and through that – for some reason – we don’t readily remember all the versions of the band. It’s usually just the war between Ozzy and Ronnie.

In 1994, Black Sabbath was a powerful melodic rock band. And a good one at that. Cross Purposes is one of those albums that may have eluded Black Sabbath fans and other rockers due to all the band’s re-alignments. You need to be able to look at much of the post-’83 Black Sabbath from a non-Black Sabbath viewpoint. There’s no Ozzy, and only a little Geezer, Bill and Ronnie. And no Ian. For Cross Purposes, we almost have a collective. And that’s alright. Remember – we’re not thinking Black Sabbath; we’re thinking a group of rock dudes with Tony Iommi on guitar. That’s pretty cool.

The album takes no time to get the tone set. ‘I Witness’ rocks pretty hard from the word go. With a solid beat, fluid rhythm, powerful soaring vocals and blistering guitar antics. Iommi’s playing is menacing. ‘Cross of Thorns’ and ‘Virtual Death’ remind us a bit of Ronnie with its medium tempo plod with wailing vocals. ‘Psychophobia’ could have come from the Born Again era. The vocals on ‘Evil Eye’ get a little bluesy – but the slamming plod and creeping bass-work keep it tidy. Geezer Butler had made it back to the line-up at this point, and if you have any idea – you’ll know how Geezer can fill a space.

Co-producer Leif Mases’ previous engineering credits list an interesting array of artists including Ian Gillan, Jeff Beck, some random glam rockers, a Swedish artists with a complicated name, and Frida (from ABBA)! Don’t laugh! That’s not important right now. What is important is that he was also involved in engineering Led Zeppelin’s In Through The Out Door and Coda. Yeah! Actually the other stuff is important because it should give you an idea of the thoroughness of his work, and in turn, this production. The sound is full, well constructed and nicely detailed. So Leif was a good choice.

As a handful of bands did in the Nineties – there’s the seemingly obligatory nod to Led Zeppelin’s ‘Kashmir’ that appears as a little part of the body of ‘Cardinal Sin’, but all is good. No funny business like with Kingdom Come…

There are no apparent weak points here. This is a solid heavy rocking album, but it is quite understandable if you missed it. I did. If you know Eternal Idol, or are coincidentally lucky enough to be familiar with Jake E. Lee’s band Badlands’ first album – this fits more or less into the same bracket.

Worth three packets of cigarettes and a reasonable bottle of vodka. Lekker. 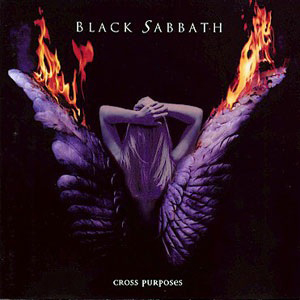 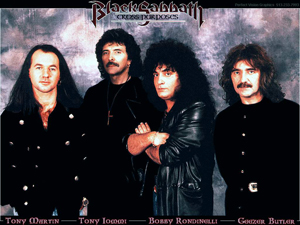