By the year 2000, it seemed that U2 had already done everything they could have. They had managed to bridge the gap (or cross the line…) between being innovative and successful numerous times, and each time you’d think that they just couldn’t really do it again. Every time they released an album they would surprise us with the unexpected. After a 24 year existence and the release of nine albums during this time, it would not be surprising if there was just nothing left for the band to offer.

This possibility was almost true. On the surface U2’s 2000 release All That You Can’t Leave Behind doesn’t really break much new ground and there seems to be no real innovation.

But there is something going on here. For the first time the band revisit their roots. The raw rock and roll energy of early albums like Boy comes to mind. Fortunately it’s no re-hash. The triumphant ‘Beautiful Day’ is a perfect opening track and comfortably reintroduces us to U2’s straight forward rock and roll origins. ‘Evaluation’ is another pumped up celebration and displays the post-modern fusion of the resurgence of the old-school rock and roll sound with all the hi-tech stuff that has been learned in the interim.

There is also a more personal angle on subject matter [‘When I Look At The World’, ‘Peace On Earth’, ‘Stuck In A Moment You Can’t Get Out Of’ and ‘New York’]. Songs have more to do with matters and less with issues. Although U2 have always dealt with issues that were close to them, there was always a universal, and often a non-personal approach. One with which there was always a bit of distance between the speaker and the issue. Face it – if you wanted to save the world on a personal and intimate level, you would not get very far. I suspect you’d realize that your own life was so insignificant that you’d probably give all your cool stuff away and go and live in a cave. What use would you be to the world-saving community then? Huh?

There’s a subtle cynicism in some of the lyrics [‘Peace On Earth’]. It’s a kind of realization that despite all the good intentions and all the hard work done (particularly by Bono) to deal effectively with real humanitarian issues – there is often much more involved to political decision-making than purported good will and perceived integrity. With All That You Can’t Leave Behind you feel that the fight is not over, but let’s just stay at home for a couple of days…

To add to the new immediacy, Bono’s voice has become slightly raspy. At first it feels a little awkward, but once you’re over it - it adds a new sense of vulnerability that is quite welcome. Especially after being almost untouchably clean for almost 20 years.

Despite not being my all-time favourite U2 album, it is still a good album and contains some of my favourite U2 songs.

It’s worth a fully packed picnic basket and a day spent in Tokai Forest. 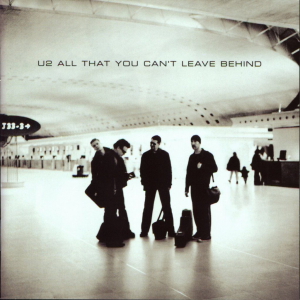 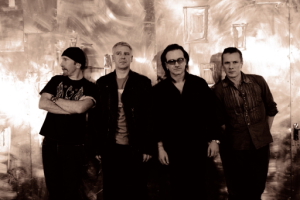